My work-in-progress is now a work-in-process as it has been sent to my editor to begin steps to publication so I'm taking a short breather and relax.

This will be the fifth book in the John Ross Boomer Lit series and will be published Oct. 1 by Wings ePress. I've put in a lot of hours the past couple of months so it's time to sit back for a day or so.

I missed my deadline of completing it on April 1 by one day because I made several final-day changes before hitting the send button. I could have made more edits/rewrites but there comes a time when you have to hand it over to the editor because it can become an all-consuming process that has no end.

Between now and then, the manuscript will be edited and returned to me to make corrections and consider suggestions. After issues are resolved, it will be sent to a proofreader to spot other problems such as typos and grammatical errors. The manuscript will then be transformed into a galley proof for one final read to make any additional changes before being published.

In the meantime, I'll be working on loglines, website blurbs, marketing input, and working with a graphic artist on a cover. So there's lots of work ahead of me and the talented folks at Wings ePress before the launch date.

By the way, the manuscript clocked in at 59k words, about 9k more from the first draft following National Novel Writing Month last November. The finished novel could be more or less, depending on what happens during this next phase of the editing process.

I also hope to begin working on the sixth book in the series after completing some of the odds and ends. There's more to tell about the life and times of John and Sally Ross.

Paul Maher Jr.'s book sets the stage for Jack Kerouac's classic On the Road, providing background on the real-life characters and places that populate the popular novel. This book is a must-read for those who want to understand the life and times of the Kerouac as well as his inspirations and aspirations as a writer.

I revisited George Orwell's classic dystopian novel, curious to see how it has held up, especially since 1984. It's still an interesting read but overwritten (my humble opinion) in parts. But overall the book is a cautionary tale about totalitarian government, published after World War II (1949). We learn about "Big Brother," thought control, and much more. Chilling! 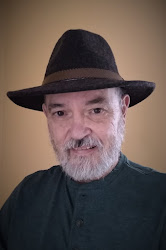 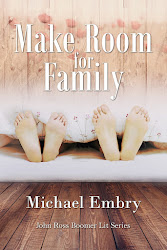