Story Songs: Me and You and a Dog Named Boo

There's something about driving down the wide-open highway and freedom—in a car, on a motorcycle, in an RV, or on a bicycle. The road ends only where you want it to end. 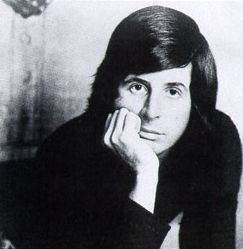 Lobo, whose real name is Kent LaVoie, captured that feeling in 1971 with his song, "Me and You and a Dog Named Boo." It reached No. 5 on the Billboard Hot 100 chart and No. 1 on the Easy Listening chart.

In this timeless tune, the narrator and a friend, along with their sidekick, Boo, leave Georgia in an old car to drive to the West Coast.
But it's not a straight shot as they apparently want to see other parts of the country, stopping in St. Paul, Minn., where they run into some trouble.

"I can still recall
The wheat fields of St. Paul
And the morning we got caught
Robbing from an old hen"

But they were fortunate that the farmer got them to repay by putting them to work instead of calling the law.

They finally reach Los Angeles but it's not going to be the destination. Why? They're ready to hit the highways and byways.

My favorite lines are the refrain, which expresses the yearning to be free—on the road.

Back in the late '60s, a friend and I were planning on going out west but it didn't happen because he fell in love with some gal. I didn't own a car at the time so I was out of luck. But through the years I have ventured on the road, discovering new places along the way. 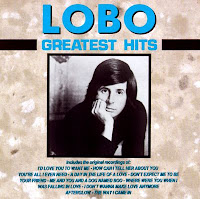 Lobo had several other hits in the '70s including "I'd Love You to Want Me" and "Don't Expect Me to Be Your Friend." Check out this short reflection on his life, in his own words. I've always enjoyed Lobo's relaxed and easygoing voice.

Posted by Michael Embry at 6:37 PM No comments:

Email ThisBlogThis!Share to TwitterShare to FacebookShare to Pinterest
Labels: Kent LaVoie, Lobo, Me and You and a Dog Named Boo, music

I received great news today that my next novel will be published Nov. 1. 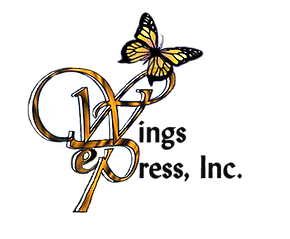 I haven't written much, in terms of creative writing, since sending the manuscript to my editor at Wings ePress. I've cranked out a few blog posts, book reviews, and some other things, but  haven't delved back into fiction.

In addition to working on the third book, I intend get back to short stories, and finish a second volume of "Laments."

I'm eager to get back to serious writing, but must confess I needed the break because of other things going on in my life. Writers need breathers once in a while, don't you think?

Now to get back to work.

Posted by Michael Embry at 1:23 PM No comments: