While reviewing some of my writing today that I keep on a thumb drive, I found six short stories. They are in the first-draft stage -- very raw -- but they are stories that I can sink my editing teeth into in the coming weeks. 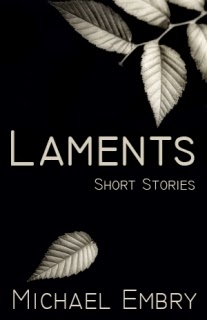 My goal in the spring was to write 10 short stories so I could publish a second volume of "Laments" this year.  That seems doable now.

I feel very motivated to write four more short stories in August. I already have ideas on how I want to approach each of the stories. They will all carry a similar theme as my previous collection; something that was my intent from the beginning.

It's reinvigorating to get back into creative writing. As I've mentioned several times before, I do a lot of writing at work, blogging, reviewing, and a few other outlets. But writing fiction is my favorite creative endeavor.

I'm also  tossing around ideas in my head on how to approach my next novel. In the past, there has been some kind of spark, and the words simply seem to flow on the screen. Perhaps that will happen again (it would be nice).

Posted by Michael Embry at 8:28 PM No comments:

In the documentary of the legendary concert, "Woodstock," one of the most memorable of several unforgettable performances was by rock and blues singer Joe Cocker.

With his expressive, gravelly voice and flailing arms along with some air guitar picks,  Cocker turned in a dynamic and electric performance before the 500,000 or so folks who attended (and the millions of others who claimed they did) the "3 days of peace and music" in 1969.

His distinctive cover of The Beatles' "With a Little Help from My Friends," at Woodstock propelled him into the top tier of rock singers in the 1970s. 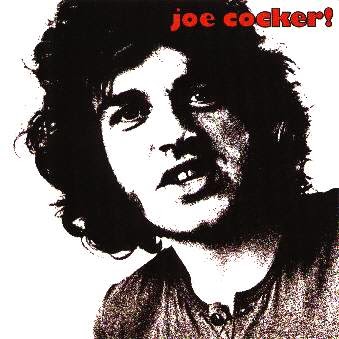 Despite battling some personal demons (drugs and alcohol), Cocker persevered and got his got his life back on track.  In 1982, he and Jennifer Warnes reached No. 1 with "Up Where We Belong," which also won a Grammy for best song. 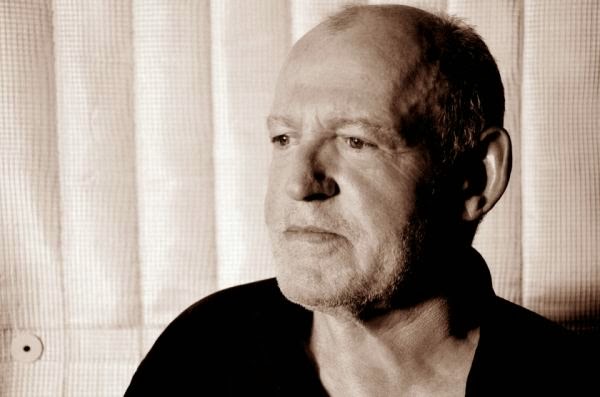 Surprisingly, the 70-year-old singer has never been nominated to the Rock and Roll Hall of Fame despite being eligible since 1994.

Needless to say, Joe Cocker could use a "little help from his friends" to be rewarded in the Rock Hall for his outstanding contributions for five decades to rock and blues. I hope they honor this wonderful performer.

Here's some videos of Cocker in performance:

Posted by Michael Embry at 12:24 PM No comments:

I believe one of the most -- if not THE MOST -- difficult aspect of writing is staying focused. 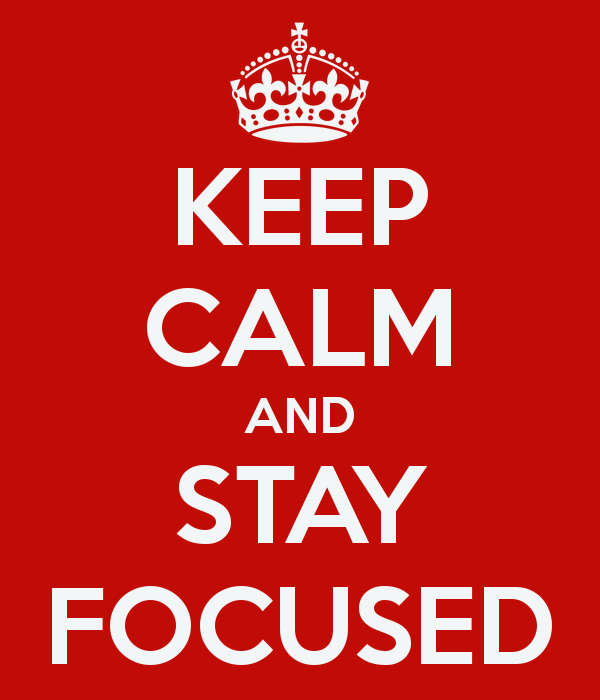 It's my biggest obstacle. I have the best intentions but oftentimes life simply gets in the way of my writing goals.

I'm still laboring on completing a second volume of short stories. I'm still wavering back and forth on plans for my next time.

But, more than anything, I simply don't have as much time as I need to get what I want accomplished in terms of writing.

I'm not sure if it's a lack of energy, motivation, or simply have too many other things going on that I need to scale back or eliminate from my planned or unplanned routine.

No doubt, my regular job takes up about nine hours a day, leaving 15 hours. Of that, I try to get eight hours of sleep each night (hey, I'm not a night owl anymore and I do need my rest), so that makes it seven hours.

And I do like to eat, read, and exercise, and there are chores around the house.

I know it sounds like I'm making excuses, and of course, I am.

On my last novel, I allotted about an hour to write every morning. I was amazed how much I could accomplish in that amount of time if I kept at it day after day.

So it seems like I need to get myself back into that mindset. I'll keep you posted.

Posted by Michael Embry at 11:59 AM No comments:

For the past few months my wife, Mary, and I have made what we call  "mini-bucket list" trips to various towns in Kentucky (the only exception has been Madison, Ind., located across the Ohio River).

We try to keep our trips no longer than an hour's drive from our home. We are fortunate in that Kentucky, which was settled in 1774 and became a state in 1792, has a rich and varied history. Each town has its own heritage and distinctiveness.

We visit a local restaurant for lunch and then we'll spend time walking to see some of the buildings around town. Since most of these places date back to the early 19th century, there are a few historical buildings we see on our short journeys.

I find the architecture fascinating as it ranges from Greek Revival, Federal, Georgian, Italianate and more. No doubt  many buildings were taken down through the years in the name of progress or whatever reason. It's gratifying to see that some historic preservation taking place, although it can be expensive to renovate these buildings.

I also take photos from our trips that I post on my Facebook page. Feel free to check them out. A friend asked me if these photos might be the makings of a new book. While I'm not currently pursuing that, the photos do take me back to another time and environment that I could incorporate into to my stories.

I try to take photos of historical buildings, churches, libraries and other places to provide a glimpse of what makes the town what it is. I will say that some towns are more interesting than others. Some seem to have more civic pride and try to promote their uniqueness. And some are more prosperous, which allows them to do more than others in terms of historic preservation.

But all are worth a visit.

Here are a few photos:

Until the next time...
Posted by Michael Embry at 9:44 AM No comments:

Story Songs: Shake You Down

One of the most sensual, soulful and sexy songs I've ever heard is Gregory Abbott's "Shake You Down." 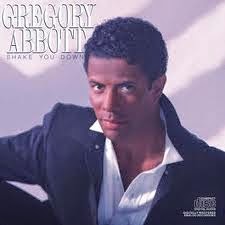 The tune was released in September 1986 and reached No.1  on the Billboard Hot 100 chart in January 1987. It was written by Abbott and was on his debut album of the same name.

Rock critic Dave Marsh rated the song No. 615 among the top 1001 singles in his book, "The Heart of Rock & Soul." He writes that it is a "slinky seduction song that uses traditional R&B harmony techniques in a contemporary rhythm ballad context."

The song opens with the narrator hoping to catch the attention of a woman and goes from there:


"Girl, I've been watching you
From so far across the floor now baby
That's nothing new
I've watched you so many times before now baby
I see that look in your eyes
And what it's telling me"

The narrator admits that the woman knows what he's thinking:

Throughout the song the narrator expresses his desire for her:


"Let me ease your mind, oh baby
I got the remedy, just I do
Now give me just a little time"


"Every time I get to feeling this way
I wish I had you near me,
I wanna reach out and touch you"


"I can't stop thinkin' of the things we do
The way you call me baby when I'm holding you
I shake and I shiver when I know you're near
Then you whisper in my ear, oh baby, well, well" 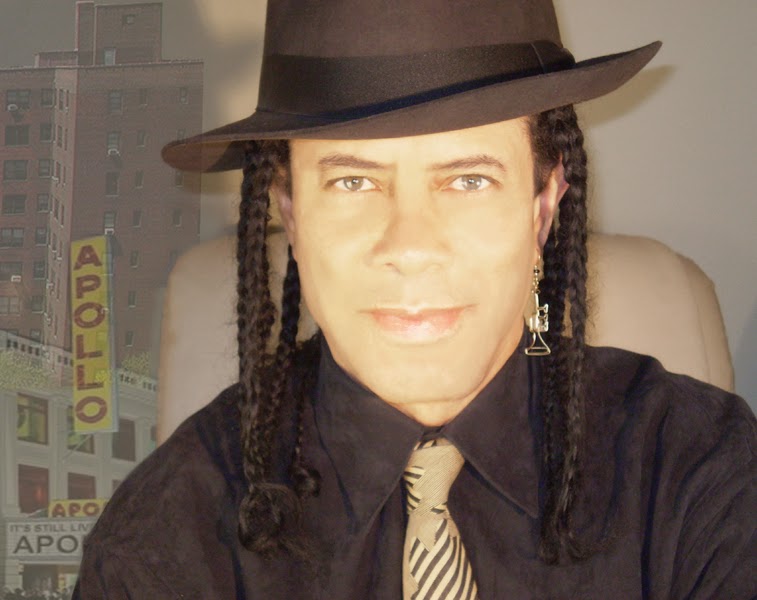 On his website, Abbott is said to be "a favorite with the ladies for his sophisticated demeanor and intelligent green eyes with a sense of something much more."

Abbott, who is 60,  was formerly married to singer Freda Payne ("Band of Gold"). He remains involved in music, writing for television and movies, as well as releasing nine albums.

"Shake You Down" lyrics

Posted by Michael Embry at 9:31 PM No comments:

I believe most of us value true friends, you know, those folks you can always count on during good times and especially the bad.

We all have our share of fair-weather friends, those who show up when things are sunny but disappear during dark and bleak days. Are they really friends?

I've compiled a few songs about friends--only those with friend in the title--that address the importance of friendship in our lives.


"Thank You for Being a Friend" -- written and performed by Andrew Gold in 1978.


"That's What Friends Are For" -- written by Burt Bacharach and Carole Bayer Sager and a No. 4 song for Dionne Warwick, Elton John, Gladys Knight and Stevie Wonder in 1986.


"Friends of Mine" -- written by Chris White and performed by The Zombies in 1968 (from the "Odyssey and Oracle" album).


"Old Friends" -- written by Paul Simon and recorded by Simon and Garfunkel in 1968 (from the "Bookends" album).


"With a Little Help from My Friends" -- written by John Lennon and Paul McCartney and performed by The Beatles in 1967 and later a No. 1 song in the United Kingdom by Joe Cocker a year later. (Yes, I know there's a double meaning about the "friends.")

Other songs to consider "Whenever I Call You Friend" (written by Kenny Loggins and Melissa Manchester) and a No. 5 song by Loggins and Steve Nicks in 1982, "Friends in Low Places" (written by Dewayne Blackwell and Earl Bud Lee) and performed by Garth Brooks, and "Friends," written Elton John and Bernie Taupin.

What are your favorite "friend" songs?

Until the next time (and thank you for being a blog friend)...

(Information about songs  from Wikipedia)

As a followup to my last post -- Reading, Writing, and Promotion -- I recently used an online agency to promote my latest novel.

I signed with Apex Reviews to gain some additional exposure for "The Bully List," and perhaps reach some of the readers I missed in other promotions.

Apex is a multi-service company that also offers book editing, book cover design, book trailers, as well as pre-publishing packages. It offers a weekly "Wow!" package with discounted fees for some of their services.

I'm pleased with the "Take 5" package I purchased. It was concise, good graphics, and pertinent questions in the author interview. Besides being featured on the Apex website, it is also distributed to Twitter and Facebook as well to the sites I send it.

Posted by Michael Embry at 12:09 PM No comments: