Story Songs: That's the Way I've Always Heard It Should Be

Have you ever gone along with something simply because that's the way it's always been done? Of course you have. We've all followed the norm, at various points in our lives, whether it's the right thing to do or not. 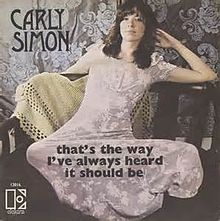 That's how I interpret Carly Simon's "That's the Way I've Always Heard It Should Be." In this case, it's about getting married and settling down even though there are strong indicators that it may not be a wise decision.

This heartfelt and melancholy song opens with the narrator walking through the living  room and notices that her father is sitting alone in the dark, smoking a cigarette, commenting:

Then the narrator walks past the master bedroom, where her mother is reading magazines:

"I hear her call sweet dreams,
But I forgot how to dream."

"But you say it's time we moved in together
And raised a family of our own, you and me -
Well, that's the way I've always heard it should be:
You want to marry me, we'll marry."

Then the narrator reflects on her friends from college who are married:

"They have their houses and their lawns
They have their silent noons,
Tearful nights, angry dawns.
Their children hate them for the things they're not;
They hate themselves for what they are"

That's followed by the chorus.

And then the narrator views considers losing her identity despite the other person's reassurances:

"You say we'll soar like two birds through the clouds,
But soon you'll cage me on your shelf -
I'll never learn to be just me first
By myself."

And in the end:

"Well OK, it's time we moved in together
And raised a family of our own, you and me -
Well, that's the way I've always heard it should be,
You want to marry me, we'll marry,
We'll marry."

Simon composed the music and Jacob Brackman wrote the lyrics of this 1971 hit, her first, which reached No. 10 on the Billboard Hot 100. She received a Grammy Award for Best Female Pop Vocal Performance.

Simon, along with Carole King and Joni Mitchell, led the way in recording introspective and socially relevant songs. Vanity Fair magazine referred to them as "the rebel angels."

Simon, who still performs and records, turned 70 on June 25.

"That's the Way I've Always Heard It Should Be" lyrics

Posted by Michael Embry at 2:49 PM No comments:

Back to the Manuscript: Part Eight

I completed the fifth rewrite of my work in progress and there's still more work to do before it's ready to submit to the publisher.

I made quite a few changes during the rewrite, specifically to a some subplots, several characters, and dialogue. I also had to do additional research on medical issues in the story. 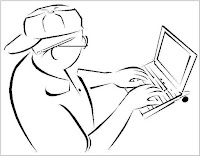 There are still a couple subplots that need to be resolved or eliminated. I'm still unsure which direction to go. I hope that can be fixed on the sixth rewrite.

And the manuscript grew another 3,000 words despite cutting out several passages. Why the increase? Mainly because there is much more showing than telling now.

I'll begin working on the sixth rewrite later today. It'll probably take a week to get through it.

Pardon the cliche, but the end is in sight.

Under the next time....
Posted by Michael Embry at 1:48 PM No comments:

One of the sweetest and most vibrant voices to hit the American shores during the British music invasion of the 1960s was that of Petula Clark. 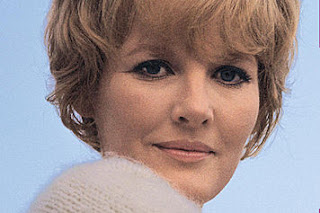 She was a veteran performer in Europe for more than 20 years before the Beatles, Rolling Stones, DC5 and others dominated the U.S. airwaves, often dubbed as Britain's Shirley Temple.

During the '50s Clark recorded in French, German, Italian and Spanish, establishing herself as one of the top singers on both sides of the English Channel. 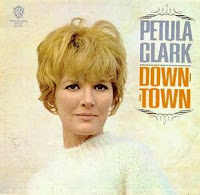 Clark, who had several pop hits in England in the early '60s, scored her first No. 1 in America in 1964 with bouyant "Downtown." She went on to record 14 consecutive Top 40 songs in the U.S.

Clark  won Grammy Awards for "Downtown" in '64 and "I Know A Place" the following year. She's also an accomplished composer and lyricist, with songs such as "You're the One" (a big hit for the Vogues in '65), "Just Say Goodbye," and "Colour My World."

She's also had a remarkable career in movies ("Finian's Rainbow" and "Goodbye Mr. Chips" in the '60s) and television with numerous appearances as well as her own show.

Notably, in 1968, she made a civil rights statement during an NBC-TV  program when she put her hands on Harry Belafonte's arm while they sang "On the Path of Glory." The show's sponsor, Chrysler, demanded another take be used, with Clark and Belafonte standing apart, but she refused and the performance aired as she intended.

Clark, who is 82, has been eligible for the Rock and Roll Hall of Fame since 1986 -- and she has never been nominated. She has sold nearly 70 million records in a career that spans seven decades. Isn't it about time for Petula Clark, one of the legends in rock history,  to be recognized for her contributions?

And now for a few of Clark's hits:

Posted by Michael Embry at 12:03 PM No comments:

Back to the Manuscript: Part Seven

I've completed the fourth rewrite of my manuscript and there's more work to be done to get it ready for publication.

But the end is in sight.

As mentioned in my last post, I moved copy from the first third of the manuscript to the end. I'm satisfied with the change since it provides -- I hope -- a stronger emotional impact and ties everything together for a memorable ending. I know there will be a few tweaks but the foundation of beginning, middle and end is set. 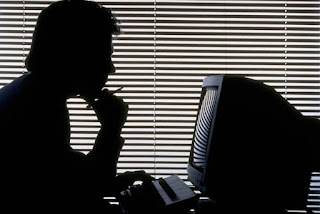 Because of moving copy,  I had to rewrite other parts of the manuscript. Most of the writing now has to do with the timeline, which I will focus on when I go back to it -- today. There are still a few loose ends that need to be addressed but that's a standard part of the process. When I'm at this stage of editing, it's a daily process until it's transformed from a work in progress to a finished work.

I added nearly 4,000 words during the fourth rewrite that included deleting passages and tightening dialogue; I wouldn't be surprised if there will be another 4k or so when I'm finished, increasing the total to more than 75k.

I'll also give more attention to coming up with the right title for the novel. That's not easy. The working title has been "New Horizons," but after some thought, I'm not sure it reflects the essence of the story. Furthermore, there are several titles out there, fiction and nonfiction, with the similar or variations of horizon/horizons.

I want to come up with something that will make the book stand out among the thousands of titles out there. I hope to have one of those "voila" moments where it pops out and smacks me across the face -- a real knockout for a title.

Now to work on the fifth rewrite.

It's been nearly three weeks since my wife Mary and I returned from our European vacation to London, Paris and Roma.

Here are some reflections from our unforgettable journey:

We plan to visit Europe again, probably taking in other cities the next time (you only go around once in life). We're also thinking about going to Asian, African and South American countries if time and finances permit.

Feel free to share your thoughts in the comments section.

Back to the Manuscript: Part Six

I've completed the third rewrite of my work in progress. It needed more work than what I thought.

When I returned to it this week I ended up moving two chapters from the first third of the manuscript to the end. I was never satisfied with how the story ended and this gives it a much stronger and compelling close.

Of course, that means that I have to rework some other chapters but that's part of the process. I wish I could write a polished first draft that didn't need any work, but that's wishful thinking.

I even deleted some extraneous passages to make it tighter and improve the flow. Any time you're involved in rewrites, you eliminate needless words, phrases, and cliches. 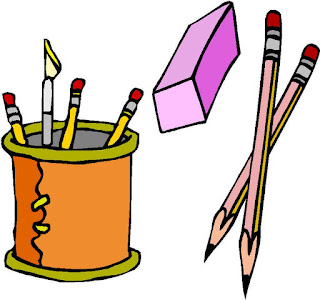 There were also some inconsistencies I hadn't noticed before that needed to be corrected. I keep a notebook and index cards on my desk to help me keep things straight. That saves time searching through the manuscript, which can be a time-killer. There's software that can help, but I'm afraid that I'd be so involved in inputting data that it'd take me away from writing.

My tentative goal is to be finished with the rewrites by the end of the month, then submit the manuscript to my publisher. From there, it will get reviewed by a critical set of eyes, go through a few more (minor, I hope) changes, and evolve into a published work.

The third and final leg of our European adventure took us to beautiful, historic and majestic Roma -- the eternal city.

Roma (often referred to as Rome) is nearly 3,000-years old. The Roman Empire ruled western civilization from 31 B.C. until 476 A.D. , and its influence continues today on many levels.

When visiting this city, you can see the glory that was (and is) Roma in architectural ruins, cathedrals, sculptures, obelisks, lavish fountains and other points of interest. Another observation is that I have never seen so many motor scooters zipping in and out of traffic (I just had to share that).

One of the first places our tour group visited was the Pantheon, which dates back to the second century. Originally a pagan shrine, it was consecrated a Christian church about 500 years later. Raphael, a renowned Renaissance painter and architect, is entombed there.

We also walked through the Piazza Navona, a large courtyard with lush fountains and Baroque mansions that attracts artists, musicians, peddlars, and of course, tourists.
Nearby is the world-famous Trevi Fountain (remember the movies "Three Coins in a Fountain" and "La Dolce Vita"?). It's undergoing a restoration that is expected to be completed this fall. Our guide told us that an estimated 1,500 or more euros are tossed daily into the fountain, which are used to help the city's needy population.

We finished our first day by stopping at Giolitti, ranked as the best gelato (Italian ice cream) parlor in Roma. An interesting aspect is that you pay first, then take your receipt to the counter and tell the server what flavor you want (banana for me, chocolate for Mary). I know it's not historic, but when in Roma, do as the Romans do. Si?

I suppose the highlights of Roma were visiting the Colosseum and the Vatican City. We were amazed at the massive size of the Colosseum -- photos really don't do it justice until you view it from the inside. Next to the Colosseum is Imperial Roma.

The Vatican because of its architecture, museums and historical significance and influence in Christianity that is worldwide. There was a long line leading into St. Peter's Basilica, where you could see the ornate and timeless art of Michelangelo and others.

Other places we visited included St. Paul's Basilica and the Catacombs of Roma. You also see the Appian Way and Aurelian walls in various parts of the city.
Here are a few other sights from our three days in Roma:

Posted by Michael Embry at 10:09 AM No comments: