You'd think that music lovers who purchased more than 50 million records couldn't be wrong about one of the great American rock 'n' roll bands. 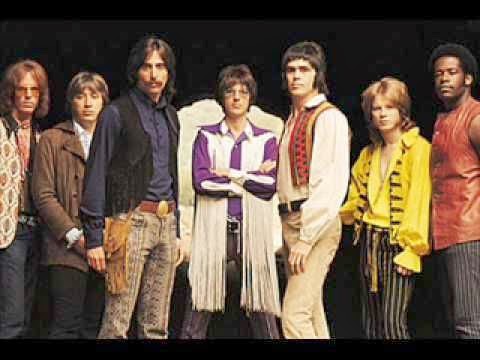 Three Dog Night struck gold by covering songs by relatively unknown (at the time) but now famous composers such as Randy Newman ("Mama Told Me Not to Come"), Paul Williams ("Out in the Country" and "An Old Fashioned Love Song"), Laura Nyro ("Eli's Coming"), Hoyt Axton ("Joy to the World" and "Never Been to Spain"), and Leo Sayer ("The Show Must Go On") as well as "One" from the rock musical "Hair."

Three Dog Night -- minus Chuck Negron -- still tours. And Negron is one the road as well.  I've seen them in concert, and even have one of their live in concert DVDs with the Nashville Symphony Orchestra.

Despite selling 50 million records, this legendary group is not in the Rock and Roll Hall of Fame. And never been nominated despite being eligible since 1994.

And I hope those who determine the Rock Hall members will open their eyes and realize that 50 million in sales is worthy of induction.

In the meantime, here are their No. 1 songs:


"Mama Told Me Not to Come"

"Joy to the World"

Posted by Michael Embry at 1:32 PM No comments:

Staying on the Write Track

I've found in all my years of writing that the best way to finish a story, article, or novel is to stay on track -- even during those times when the process sputters, stalls or stops.

You won't reach the end by making excuses for not writing. You simply have to make yourself write during those times you don't want to produce words.

I suppose that my approach comes from my years as a reporter working on deadlines. You had to produce or else you'd be on the street looking for another job.

Of course, if you're not committed to the project and feel that you've reached a point where your heart, mind or soul isn't into it, then move on to something else.

Many writers (if not all) have given up when they believe they've reached a dead end. I've had a few false starts where the story simply wouldn't advance no matter how much I tried.

But again, I've returned to a manuscript after a year with a different and fresh perspective on the work, and was able to make the needed rewrites to turn it to a novel.

I guess the lesson is to never throw away or delete something if there is a possibility it could be revisited.

But the main thing is to keep writing.

Posted by Michael Embry at 7:56 PM No comments:

Story Songs: Since I Fell for You


There are some songs I can listen to over and over again. One that I never get tired of hearing is Lenny Welch's "Since I Fell for You." 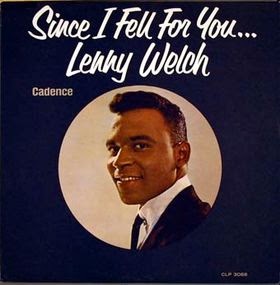 This timeless ballad, written by Buddy Johnson in 1945, peaked at No. 4 on the Billboard charts for Welch in 1963. It was first recorded by Ella Johnson, Buddy's sister, and his orchestra in 1946.

Although this jazz classic has been covered by a variety of artists such as Doris Day, Nina Simone, Bonnie Raitt, Barbra Streisand, Charlie Rich, and Michael Bolton, I prefer Welch's sincere and smooth delivery.

The song is about a couple's breakup where one doesn't want to let go even though it's become a one-sided relationship.

Apparently, the narrator is having an extramarital affair as we hear:

And you sense that the singer will never get over it as the song closes:

Welch, who is 75, still performs a various venues. Some other notable recordings were "Ebb Tide," "You Don't Know Me," and "A Taste of Honey."

"Since I Fell for You" lyrics

And the original version by Buddy and Ella Johnson

Posted by Michael Embry at 6:56 PM No comments:

Email ThisBlogThis!Share to TwitterShare to FacebookShare to Pinterest
Labels: Buddy Johnson, Lenny Welch, Since I Fell for You

I must confess I didn't know there was a National Reading Month. I thought every month was a reading month. For me, every day is a reading day. And I'm sure that many, if not all, of the folks who read my blog are avid readers.

National Reading Month is part of an effort to bring attention to the importance of reading. And I can't argue with that. We need more readers -- everywhere.

Get Caught Reading provides some interesting statistics about reading in America, such as 44 million (yes, million) adults can't read a simple story to a child and more than 20 percent of adults read at a 5th grade level or below.

And Scholastic.com has some enlightening statistics about student achievement and the importance of reading. You'll discover that regular reading helps mold better students, and later, more productive and responsible citizens.

So if you don't have any reading materials at home (because you've read all of them), visit your library, local bookstore, or favorite Internet book site, and get a book, newspaper or magazine and start reading -- every day.

To paraphrase something Yoda might say, "Let the words be with you."

Posted by Michael Embry at 11:26 AM No comments:

It's that time of the year to change our watches, clocks and other timepieces as we spring forward to daylight savings time.

I suppose it helps lessen energy consumption to a degree (one degree in one study), but I guess every degree counts in this day and age.

I kinda like having more sunlight during the evenings, especially when I have chores to attend to after getting home from work.

If I have a complaint, it's having to go all over the house and change the time on all the clocks -- alarm clocks in bedroom and guestroom, grandfather clock in den, clock on oven and microwave, wall clocks in living room, study and library, and the anniversary clock on the fireplace mantel.

And there are also the clocks in the two vehicles, my wristwatch, and a couple of novelty clocks on my book shelves.

It's a wonder I have the time to change the time.

But I do look at the time change as rather symbolic as we move forward from winter to spring. It's a time of renewal in nature as well as in personal goals.