Write the Book You Want to Read

"If there's a book you want to read, but it hasn't been written yet, then you must write it."


That sage advice comes from literary legend Toni Morrison, winner of the Pulitzer Prize and American Book Award in 1988 and Nobel Prize in Literature in 1993. Among her 11 novels are The Bluest Eye, Song of Solomon, Beloved, Jazz, Home and God Help the Child. The 85-year-old author has also written seven nonfiction books and numerous other works in her distinguished career.

Getting back to the quote, one reason I like it is because it should motivate a writer to compose an original story, not something that mimes what has been written by another author(s). I believe it's safe to say that the best stories are those that offer a fresh and authentic expression from the writer to the reader.

Another point from taken from Ms. Morrison's comment is that if the subject is so strong within the writer, then that person is the one who needs to write the book because only she knows the content and direction of the story. You certainly don't want your novel to sound formulaic.

Another take for authors is not yielding to others (readers, editors, and moms) on changes in a draft if they feel it doesn't strengthen the novel. Only the author knows the story. It's his creation. Now don't misunderstand. I think it's good to listen to advice and contemplate what it means, but if it doesn't feel right and it's not something you want to change, delete or add, then don't do it. If you feel it's an action that you will regret later -- that gut instinct -- then don't do it. It's the author's novel, not someone else.

Needing a Kickstart on WIP

I must confess that I haven't made much progress on my work in progress. For the past few weeks I've started, stalled, and stopped. 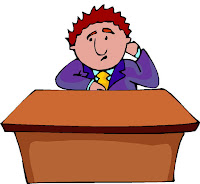 And since I'm a pantser, you might say that I need a swift kick in the backside to get going again.  I've had a few things on my mind lately so I suppose that's a good rationale (or excuse) for my sorry status.

I'm not trying to elicit some sympathy because my lack of production at the keyboard is of my doing. As I've posted before, this WIP is a sequel to "Old Ways and New Days." I've already written more than 20,000 words.

So I'm going to do what I would tell someone if they were in this predicament -- start writing. Simply do it!

I've generally been a morning writer, getting to the computer before daybreak with a cup of coffee in hand and then producing sentences and paragraphs for several hours. I'm going to change my routine and write in the late morning. Or early afternoon. 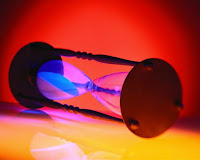 I believe part of the problem is that I'm retired from the regular work force (I'm not sure honey-dos count). When I was employed, time was of the essence so I adhered to a strict writing regimen to get things done. Now I have all the time in the world, so to speak, and I'm losing control of it. I need to refocus because time is still of the essence -- at my age.

I know what I need to write,  and even have a rough outline on where I want to go with the story. So it's as simple as getting back on track and setting aside the time to do it.

It's time to get back to work.

Until the next time....
Posted by Michael Embry at 2:05 PM No comments:

Sometimes, as authors, we tend to forget about our earlier works. We focus on a recent publication and mentally store previous books in the attic.

I'm guilty of that to some extent. I find myself expending lots of time and energy in promoting a new release. That's probably a good thing to do but I think authors should also look at their catalog and make sure some titles aren't forgotten.

Since the publication of "Old Ways and New Days" last October, I've used various outlets to spread the word about the coming-of-old-age novel. I'd like to report that it has resulted in the book reaching the upper echelons of best-seller lists, but that hasn't been the case, unless you view "upper" in the off-the-chart categories.

But being published by a small publishing house -- Wings ePress -- it's difficult creating a buzz about the novel. That's why I and most authors urge readers to leave reviews and/or ratings on websites such as Amazon.com, B&N.com, Goodreads.com and others. That's a word-of-mouth promotion that can bring more attention to our books.

Recently I've promoted "Shooting Star," a young adult novel about a boy trying to gain acceptance on a team that has aspirations of winning the high school basketball title. Although it was published nearly five years ago, it's a timely (it's basketball season)  and timeless story that's received little promotion.

After the "Shooting Star" promotion, I'll turn my attention to "The Bully List," which was published nearly three years ago. It's also a young-adult novel, focusing on bullying in a middle school.

I also try to promote other titles at writing conferences, book signings and similar events. And they're passively promoted on my website, Facebook, Amazon, and other sites -- including this blog page, if you haven't notice.

I try to limit the promotions on places such as Facebook and Twitter. Too much and it becomes unwanted spam. I want to attract readers, not turn them off.

I confess I don't like promotion but it's a necessary part of the publishing process. I know quite a few authors who have books with large publishing houses, and believe it or not, they find themselves doing many of the things that I do with my novels. And most of them don't like it either; they'd prefer to be writing.

Do you have any marketing tips?

Posted by Michael Embry at 10:57 AM No comments:

"The world is a book and those who do not travel read only a page" -- St. Augustine

I'll be taking another trip to Europe this spring, making stops in Budapest, Vienna, and Prague.

For those who follow my blog (and if you don't you can sign up on the right column), you know my wife and I traveled to London, Paris, and Roma last May. It was an unforgettable experience so we decided to return to Europe, this time taking in some other cities that we've read about in publications, seen in movies, or raved about from other travelers.

"I can't think of anything that excites a greater sense of childlike wonder than to be in a country where you are ignorant of almost everything." -- Bill Bryson

We're urban hikers so we'll be taking in a lot of sites and sounds from this new adventure to the Old World. We often find the most interesting things off the beaten path.


And we can't wait to taste some of the cuisine from those countries. I've read that Czech beer is great; Austrian pastries are divine; and Hungarian dishes are spicy and delicious.

"One of the great things about travel is that you find out how many good, kind people there are." -- Edith Wharton

I'll be taking tons of photos and writing posts to this blog. (If any media outlets are interested in features and photos, you can email me at michael.embry@gmail.com. I may also be available to visit or speak to groups, there or here.)

Any suggestions of places to visit?

"Twenty years from now you will be more disappointed by the things you didn't do than by the ones you did do. So throw off the bowlines, sail away from the safe harbor. Catch the trade winds in your sails. Explore. Dream. Discover." -- Mark Twain

Some Sweet Songs for Valentine's Day

What I enjoy about love songs for Valentine's Day is that they can last a lifetime. A box of candy may be gone in a few hours. Flowers wilt. Diamonds  may last forever, but who needs something that will be around longer than mere mortals (don't answer that, ladies!)? 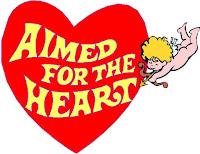 So here are a few songs I've enjoyed through the years that I believe are sweet, tender and touch the heart -- for a lifetime.


Canadian Anne Murray sang about everlasting love in her "Could I Have This Dance," written by Wayland Holyfield and Bob House. The crossover hit reached No. 1 on the Billboard Country Chart and No. 33 on the Hot 100 in 1980. It also garnered a Grammy Award and was used in the movie, "Urban Cowboy."


One of the greatest love songs in the rock era was written by Tony Asher and Brian Wilson of The Beach Boys -- "God Only Knows,"  released on the group's masterpiece "Pet Sounds" album in 1966.


The Beatles' George Harrison also penned a beautiful love ballad in "Something," from the Abbey Road album in 1969. It was a No. 1 hit for the quiet Beatle.

And how can you put together a list of love songs and not include Elvis Presley. My choice is "Can't Help Falling in Love," a chart topper for the King in 1961, from his "Blue Hawaii" album.  The song was written by Hugo Peretti, Luigi Creatore, and George David Weiss.

"Take my hand, take my whole life too
For I can't help falling in love with you"

And finally, "Unchained Melody," a No. 4 song by Bobby Hatfield of The Righteous Brothers in 1965. The tune was written by Alex North and Hy Zaret. The emotionally charged tune was used in the blockbuster movie, "Ghost."

"Oh, my love, my darling
I've hungered, for your touch"

Those are a few of the many songs that touched my heart and soul. What are your favorite love songs?

Posted by Michael Embry at 6:48 AM No comments:

I'm always looking for new ways to promote my novels.

I've used websites for promotions, reviews, and giveaways; traditional (and perhaps old-fashioned) approaches such as postcards and bookmarks; and other ways such as posting links and images to emails and other correspondence. (By the way, I still believe word of mouth is the best way to promote). 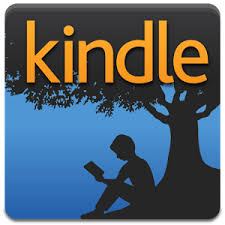 I'm going to try something new, at least for me. Through this post I will offer seven digital copies of my novels, since that's how many I've written since 1999.  I've already done a print giveaway on Amazon.com and Goodreads.com.

If you're interested in reading one of my novels, all you have to do is reply to my email at michael.embry@gmail.com with "Contest" in the subject line and the following information the body:

I look forward to hearing from you. Good luck!

Posted by Michael Embry at 1:40 PM No comments: