I read a newspaper opinion piece I found to be disturbing and disheartening. The headline read: "Stop the suicides among our wounded warriors."

The article was written by John Roberts, executive vice president of the Wounded Warrior Project, an organization whose mission is to "honor and empower wounded warriors."

Roberts, who noted that he's also a wounded warrior, referred to a recent report from the Department of Veterans Affairs that found vets "are taking their own lives at a rate of 22 each day, or one suicide every 65 minutes." 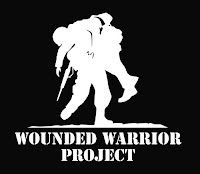 As a citizen and a veteran, I find those figures to be totally unacceptable. These men and women are sent into harm's way for a variety of reasons, and then we leave many of them without the safety nets they need in their readjustment to normal life.

I recall stories about suicide rates in the National Football League, especially after the death of Junior Seau in 2012.  The NFL recently teamed with GE to look into developing a safer helmet to prevent and improved diagnosis of  traumatic brain injuries. They're spending $40 million on the project.

According to the Twilight Language blog, there have been 12 reported suicides in the past 25 years.

That's not a misprint. Twelve in 25 years involving NFL players. And we're losing 22 vets EVERY DAY to suicide.

I'm not trying to diminish the deaths of those pro athletes. They left behind family, friends, and teammates.  And I'm glad that measures are being taken by the league to address the problem of head injuries.

What I'm saying is that vets also need our compassion and support. The mental battles for some don't end when they return home. And these vets --who are not high-profile athletes -- also have family, friends, and loved ones who care deeply about them.

As Roberts pointed out, post-traumatic stress syndrome and other "war-related mental health conditions can be successfully treated. It is my hope that we as a nation start to take this seriously."

Roberts closed by writing: "This is a problem for all of us and together we can help those who served our nation."

Basketball by the Book

For the past few days I've been watching the NCAA basketball tournament on television.

I don't watch all the games. Some I'll spend perhaps  ten minutes and then switch channels if it appears a blowout is in the making. Others I'll begin viewing if I see it looks to be competitive. There are a few I'll watch from start to end. And there may be some I won't watch at all (especially if they're past my bedtime).

I think the tournament -- and perhaps other sporting events -- provide a valuable lesson to writers.

Writers need to craft their books to keep the attention of the readers, much like Marquette's 74-72 win over Butler and Wichita State defeating top-ranked Gonzaga 76-70. Those were nailbiters that kept the viewer staying tuned until the final horn. Writers should seek to keep the reader until the last page.

And there've been surprise endings, such unheralded Harvard defeating New Mexico 68-62 (past my bedtime but I was still surprised the next morning, if that counts). No doubt there were people watching the game who were simply waiting for Harvard to fold in the final minutes. The same could be said of Florida Gulf Coast's improbable 78-68 victory over Georgetown.

I wonder what the TV ratings were for those lopsided contests? Much like a book, I'm sure many folks switch channels or turn off the TV (or close the book, never to be read again). You don't want that as a team or a writer.

Until the next time...
Posted by Michael Embry at 4:48 PM No comments:

We all have songs that we never tire of hearing. One of mine is "The Wayward Wind," a No. 1 song by Gogi Grant in the summer of 1956. 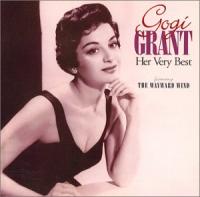 The song, written by Stanley Lebowsky and Herb Newman, has been covered by everyone from Tex Ritter to Patsy Cline to Frank Ifield to Neil Young.

Although it has that sweeping sound of a John Wayne-type western movie, apparently the tune has never been used in a soundtrack for the silver screen.

The song is about a woman who fallls for a man who isn't ready to settle down:

The narrator then tells of their meeting and a broken promise:


"Oh, I met him there in a border town
He vowed we'd never part
Though he tried his best to settle down
I'm now alone with a broken heart"

And she finally accepts that he is a person who'll never stay put -- even for love.

I've included a video of Gogi singing the song when she was 80. You may have seen it on PBS fundraising specials. What an an inspiring and marvelous voice. She'll be 89 in September.

Trivia: Is Gogi her real name? According to IMDb, her birth name is Myrtle Audrey Arinsberg. She was named "Most Popular Female Vocalist" in 1956 by Billboard Magazine, according to the website.
Do you have any songs that you enjoying listening to over and over?

Back in 2004 I spent a week in Ireland, visiting such places as Killarney, Dingle, and the Cliffs of Moher. Although it was nearly nine years ago, it seems like the recent past.

That's because Ireland made such a wonderful impression on me. I can still see the checkered-green landscape as I flew in to Shannon International Airport.

It was a horse-themed trip as I, along with three other journalists, visited riding stables, horse trails and other things related to that majestic animal. I also found Ireland and Kentucky to be similar, aside from horses, as to landscape and the friendliness of the people.

But being an island nation, Ireland has rugged coastlines and some other characteristics such as the Burrens that make it such a beautiful place. And they also have Guinness.

I hope to return to Ireland someday. I would actually like to spend about a month or so there (or longer), after I retire from my everyday job, and write.

If you ever get an opportunity to travel to Ireland, do it! You'll never regret it.

While most basketball fans think of the NCAA tournament as March Madness, many Kentuckians will tell you that the Kentucky State High School Basketball Tournament just as big of a deal.

Teams across the Bluegrass state compete in district and regional tourneys, hoping to earn a coveted spot in the Sweet 16 at Rupp Arena in Lexington.

This year the championship was played on Sunday, the first time in tourney history, and more than 17,000 fans watched Madison Central rally from a 16-point deficit to post a 65-64 victory over favored Louisville Ballard.

It was a memorable event for Madison Central coach Allen Feldhaus Jr., who played on Mason County's squad that lost to Simon Kenton in 1981 title game before more than 21,000 fans. His dad, Allen Feldhaus, was his coach.

The boys state tournament has been held annually since 1916, with the first officially sanctioned tourney by the Kentucky High School Athletic Association two years later.

March Madness continues this week with the girls state tourney at Diddle Arena in Bowling Green. It's been an annual affair since 1975 and brings the same degree of competitiveness as well as fervor from the fans.

The boys and girls tournaments are special for the teams, schools, counties, towns and cities that are represented as well as the cheerleaders and fans who support them to the final horn.

The Madison Central boys received a heroes welcome in Richmond including a parade aboard fire trucks through the center of town. It's an experience the players, students and community will never forget. And no doubt the girls champion will be accorded the same reception when they return to their hometown this weekend. 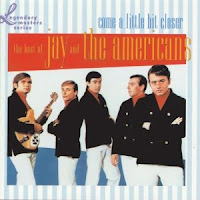 One of the American groups that survived the British Invasion in the 1960s was Jay and the Americans. They put together a string of hits including "Only In America," "Let's Lock the Door," "Cara Mia" and "She Cried."

But their biggest hit was "Come A Little Bit Closer," written by Tommy Boyce, Bobby Hart and Wes Farrell, that reached No. 3 on the Billboard chart in 1964.

The song is about a guy who falls for a sexy temptress:

"In a little cafe just the other side of the border
She was just sitting there givin' me looks that made my mouth water
So I started walking her way
She belonged to bad man, Jose
And I knew, yes I knew I should leave
When I heard her say, yeah"

And what did she say?

So one thing leads to another:

"So we started to dance
In my arms, she felt so inviting
That I just couldn't resist
Just one little kiss so exciting"

And then he's told that Jose is in the neighborhood but he can't break away from her spell until the cafe becomes quiet. Jose has arrived!

And as he left the cafe, he could hear the woman tell Jose:

Jay and the Americans were inducted into the Vocal Group Hall of Fame, located in Sharon, Pa.,  in 2002.

Last week I received an email from the Kentucky Repertory Theatre. The subject line read: "Thanks for the memories."

And with those words, I learned that the little theatre in Horse Cave that could stage wonderful productions for 36 years would not have a 2013 season. The email said: "Economic pressures have made it impossible to continue."

I'm saddened by the news. The last play I saw at KRT was the excellent musical "Floyd Collins" in last fall. I was looking forward to a new season.

I certainly hope theatre lovers as well as those who understand the importance of the arts will rally to the aid of KRT -- and raise money so the little theatre will live on as more than a memory.