I'll be participating in the fifth annual Authors Fair in Madison, Ind., on Saturday along with about 80 other authors from the region.

This free event, sponsored and organized by the great folks at That Book Place, will be at the National Guard Armory at 1533 Clifty Drive. It runs from 10 a.m.-6 p.m.

The activities actually begin on Friday at That Book Place at 337 Clifty Place, with four one-hour panel discussions beginning at 6 p.m.:
There's a full slate of activities on Saturday at the National Guard Armory, in addition to authors discussing and signing books for the attendees.

By the way, I'll be signing four of my books: "Shooting Star," "The Bully List," "A Confidential Man," and "Laments: Short Stories."

As you can tell, the Authors Fair has something for readers, writers, educators, and book lovers. And Madison is a beautiful and historic town located next to the Ohio River.

Posted by Michael Embry at 8:00 AM No comments:

Story Songs: Where Would I Be

During the past few days, I've read postings on Facebook and other social media about long relationships between married couples. And I recently read a short piece on the AARP website about  keys to keeping a marriage strong and vibrant through the years.

Those posts, along with having friends who've spent most of their lives with one mate, made me think about a song by one of my favorite singer-songwriters, Nanci Griffith, called "Where Would I Be." 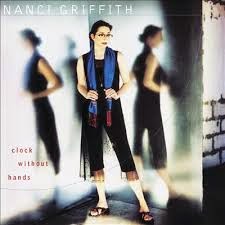 While Griffith writes many  of the songs on her recordings, this one was penned by the legendary British musician Paul Carrack. This tune is on her "Clock Without Hands" album, released in 2001.

Griffith's sweet, sincere and lilting voice conveys the depth and beauty of the heartfelt lyrics.

I believe most people in strong relationships can relate to those words as well as the second verse:

"Took a long, long time
For me to realize
All my faith in you
Was so justified"

I see those words as reflecting a relationship that grows stronger --sticking it out in the good times and the bad.

The song goes on to say that we find truth and support from the person we love.  And without that significant other, we would "be lost, just drifting out to sea."

And it closes with:

"Tell me where
Would I be without you now"

This is one of my favorite love songs. I hope you enjoy it as well.

"Where Would I Be" lyrics

Posted by Michael Embry at 7:30 PM No comments:

Email ThisBlogThis!Share to TwitterShare to FacebookShare to Pinterest
Labels: Nanci Griffith, Paul Carrack, Where Would I Be

Belle, my 3 1/2-month-old Chorkie, completed her puppy shots today at the veterinarian's office. She now weighs 5.56 pounds, up for the 2.12 pounds on her first trip to the vet two months ago.


Among Belle's vaccinations was a rabies shot, and now she has a green tag to wear on her collar.

In the past few weeks, Belle has developed some light bright hair around her neck and on her rump. I'm looking forward to seeing what she'll look like at six months.

Belle will be making another visit to the vet in about three months to be spayed.

She's been a great addition to our family, especially for Bailey, who is 2 1/2-years-old. He needed a doggy playmate and they've been pals almost from the get-go. Her friskiness has helped him burn off a few calories as well in the past month. Now that the weather has turned warmer, we're taking twice-a-day walks in the neighborhood and we'll be heading the park for them to romp around in a few weeks.

My wife and I love having two dogs in our home. We'll enjoy it even better when Belle is totally house-trained, but she's getting there. She's learned a lot from being around Bailey. And Bailey has become a friendlier pooch by seeing how Belle interacts with humans. 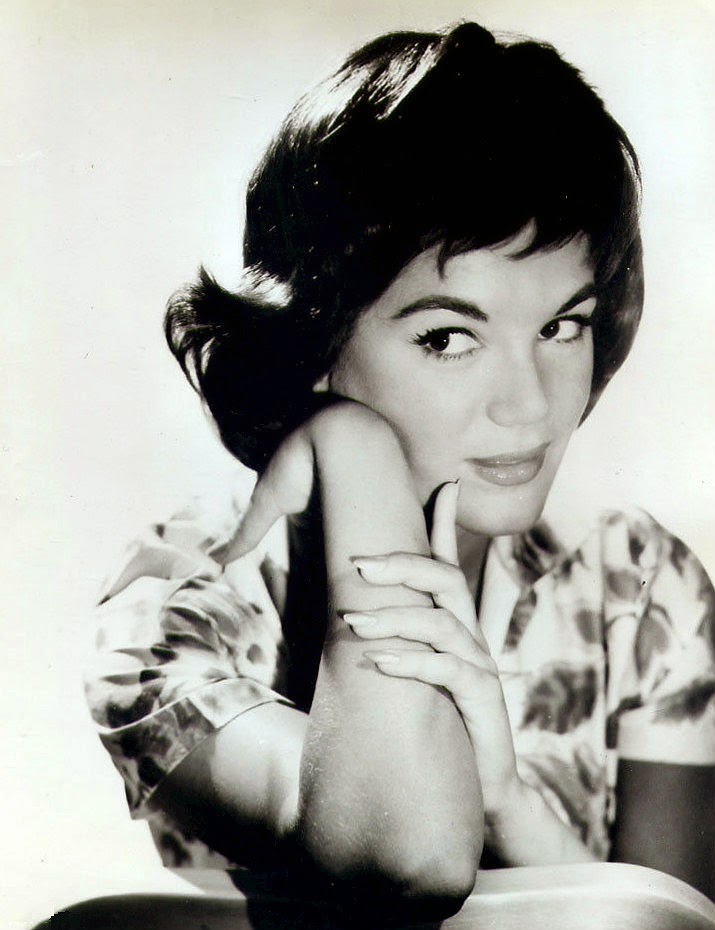 In the early years of rock and roll, there wasn't a bigger female pop singer than Concetta Rosa Maria Franconero, better known as Connie Francis. 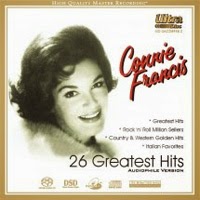 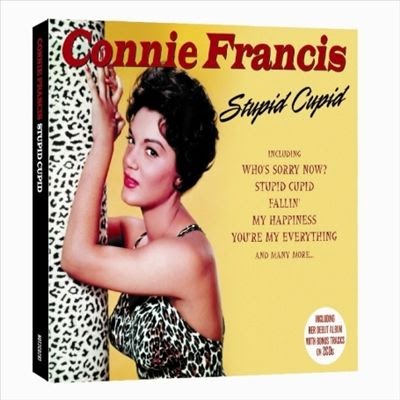 While her first charted song was "Who's Sorry Now?" in 1957, Francis attracted younger fans in 1958 with the Neil Sedaka-Howard Greenfield tune, "Stupid Cupid." 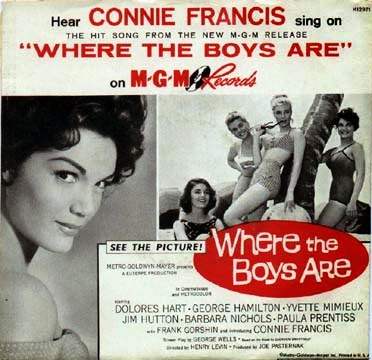 Francis appeared in movies such as "Where the Boys Are," the first beach movie, in 1961; performed on all the top television shows and stages around the world; and became an international star with her recordings in German, Italian, Spanish, Yiddish, French other other languages. Her love ballads are timeless.

Through the years she has proven to be a mighty woman by putting her life together after being beaten and raped at knifepoint in 1974; surviving mental illness and helping others deal with the disease; and working on important military veterans' issues such as post-traumatic stress disorder. The Newark, N.J., native has also written two autobiographies.

Francis, who is 76, still records and performs. She is truly a remarkable person who has accomplished so much in her professional career, overcome numerous obstacles, and inspired others in many ways.

Surprisingly, this artist who paved the way for so many other "girl singers" has never been nominated to the Rock and Roll Hall of Fame although she's been eligible since the doors opened in 1986. She deserves to be among rock's royalty.

And now for a few of Connie's biggest hits:

Posted by Michael Embry at 12:46 PM No comments: