Five Rewrites and Nearing the End

I just completed the fifth rewrite on my young-adult novel.  I plan to submit the manuscript to my publisher this weekend.

But before I put it in the required format, I've got one more thing to do. Read it again.

Yes, I'll go over the manuscript one more time. 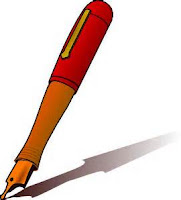 The latest rewrite came after I printed the manuscript. A writer gains a different perspective seeing the words on paper rather than a computer screen. And my red pen got a workout.

I'm sure there will be some minor (please no major!) changes on my final read. I'll be looking more for transition and flow.

I was also reminded from the last rewrite that spell check isn't infallible. Yes, it'll note misspelled words but it won't let you know if it's the incorrect word. I came across several words that altered the meaning, or made sentences nonsensical. So be sure and read every word closely.

Will this finish the editing process? No. An editor will go through the manuscript, make corrections, and perhaps offer suggestions.

I really love summer unless it gets horribly hot, drastically dry, or relentlessly rainy. Other than that, it's the time of the year to spend time at the beach, hiking, camping, travel, golf, tennis and all sorts of things. Or doing nothing at all!

For me nothing brings back memories of past summers than music. And the summer tunes from my teen-age years -- the time when life was somewhat carefree and I thought I'd live forever (so far, so good!) -- are the best.

There are many great summer songs. I thought I'd share some that I really enjoyed long ago and still do. The songs have summer or summertime in their titles:

"Summertime Blues" was originally made famous by Eddie Cochran in the late '50s but I like the cover by Blue Cheer from my heavy metal days. It topped at No. 14 on the charts in 1968.

"Summer in the City" by The Lovin' Spoonful, a No. 1 hit in '66. This song really captured how sweltering the heat can be in big cities.


The Jamies' "Summertime, Summertime," had an infectious melody that really sets the mood for summer days. The song reached No. 26 in 1958.


Chad & Jeremy defined soft rock in the '60s with songs such as "A Summer Song," a No. 7 song during the first wave of the British Invasion in 1964.

Bobby Goldsboro sang about "cougar" love in "Summer (The First Time)" in '73. The song reached No. 21 on the pop charts.

"In The Summertime," by British group Mungo Jerry, captured the careful days of summer. It reached No. 3 in the United States in '70.


A little known summer song I liked was by the Dave Clark 5 called "Here Comes Summer" released in '70. It was a bigger hit for Jerry Keller, who also wrote the tune, reaching No. 14 in '59.


For more songs of summer, visit these sites:

Billboard Songs of the Summer

What's your favorite song(s) of summer?

Until the next time...
Posted by Michael Embry at 1:27 PM No comments:

I've completed the fourth rewrite on my manuscript this weekend. I printed it and will go back over the hard copy with a red pen to make final changes before submitting it to my publisher, hopefully before the end of the month.

For those who haven't followed this post, the manuscript began last November. I decided to National Novel Writing Month, or NaNoWriMo, so see if I could produce the workings of a novel in a month's time.

Generally it takes me a minimum of six weeks to write a first draft (my first novel, The Touch, was written in 30 days). The others have taken two to three months. My longest novel was Foolish is the Heart, at about 100k.

This manuscript, which is for young adults, clocked in at 52,500 words today. The first draft was about 51k. My last young-adult novel, Shooting Star, was about 66k.

After I finish fifth edit, and sign a contract with a publisher, I'll let you know the title.

My wife and I were at the local Cracker Barrel last weekend, about finished with our dinner when a family came in and sat at a table next to us.

The family included two children with special needs -- one sitting in a wheelchair who appeared to be blind and the other with some kind of developmental disability.

The children were probably from Stewart Home School, a "community dedicated to the education and enrichment of students with special needs." It is a home away from home for students of all ages. The facility is celebrating its 120th anniversary this year.

The school believes in inclusiveness and the residents participate in activities in and around Frankfort. They also go on trips to zoos, amusement parks, sporting events, and other interesting places.

I often see their students at stores, restaurants and other places in Frankfort, accompanied by Stewart Home staff, family, or friends. They fit beautifully into the community and help contribute to the rich diversity of the place I call home.

Yes, I was almost moved to tears by seeing that family when we left Cracker Barrel. I was thinking about how "normal" folks should count their blessings.

But later, I thought about how blessed those children are to have loving and caring parents/guardians and to live in  a secure and nurturing environment that provides for their emotional and physical needs.

This family reminded me that blessings can be found in many situations -- if we just look for them.

Watch this video and you'll know what I'm trying to put into words:

Story Songs: Wasted on the Way

I've been a fan of  Crosby, Stills & Nash for many years and own all their albums (a time before CDs, MP3 players and whatever else is out there) from the 1960s and '70s. 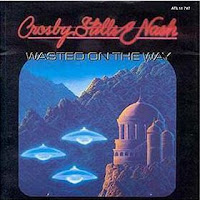 One of their songs that really resonated with me was "Wasted on the Way," written by Graham Nash. The tune was released in 1982 and was their first Top 10 hit in about five years. I enjoy the song now more than I did when it was released.

To me, it's a song about reflecting on life as one grows older. And for many folks --  myself included --  there are always questions about things I could have or should have done, or perhaps, shouldn't have done.

The narrator begins by looking at his current life:

And he turns to his past:

The narrator asks if you questioned what you were told:


"Oh, when you were young
Did you question all the answers
Did you envy all the dancers who had all the nerve"

That last line, to me, means those folks who had the courage to step out and do their own thing rather than follow the crowd. 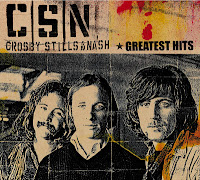 I've had my regrets along the way, but that's life. Sometimes I made decisions that seemed good at the time, but looking back, they weren't.

But there've been some good decisions I've made, just not enough of them.

I've regretted more decisions as I've grown older because I realize the sand in the top of the hourglass is slipping away.


Do you have time you have "wasted on the way?"

Maybe that's a reason life is often considered a journey that has many pathways to reach the end.

"Wasted on the Way" lyrics

Posted by Michael Embry at 3:16 PM No comments:

One of my favorite places in the world is a library because, for the most part, when I'm there I have the whole world at my fingertips. 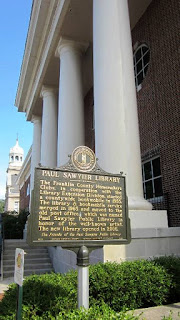 It's easy for me to get lost in a library. Once I step inside and start exploring, I lose track of time going from one thing to another.

It's wise for me to have a "to-do" list so I can stay somewhat focused on my initial purpose for venturing down those hallowed shelves.

Of course, much of the excitement for me in going to the library is to have no purpose at all except to explore the books, music, magazines, newspapers, movies and anything else I stumble upon in my journey.

The other day I was in a hurry and returned books that were due that day. On my way out, I couldn't help but take a look at some of the books and media being offered at the used book store, operated by the Friends of the Library group. I ended up purchasing four books and three CDs.

Why did I join? Well, some of the reasons are mentioned above. I believe libraries are vital to communities by what they have to offer. And they're free (with support from tax dollars)for anyone to use.

And because I'm an author, I feel it's important to offer support for places that house my works as well as those of thousands of other writers. Furthermore, it's somewhat of paying back since I've done research for my books at libraries.

And the benefit will be mutual since it will connect me with libraries and vice versa for presentations, speaking engagements, and ways to promote writing and reading.

So my message to all those authors out there: Support your local library!

Posted by Michael Embry at 6:11 PM No comments:

My buddy Bailey had part of his doghood removed yesterday. Yes, he was neutered. As you can see from the photo, he's taking it easy on the chair in my study.

Bailey was a bit sore and groggy when we brought him home from the vet, but today he seems to be doing very well. He almost seems to be his old self -- bouncy and full of energy -- something we need to harness a few days while he heals from the surgery.

We'll have to keep Bailey in close quarters for a couple of weeks. That means he won't be seeing his doggy friends Sandie and Lady during his recuperation. They love to frolic about in the yard, something Bailey must avoid at this time. But they'll be playing again before too long.

Bailey weighs about 7.8 pounds and we don't think he'll get any bigger. He was a one-pounder when we brought him home last December as a rescue pup. He's a healthy, lovable pet who has fit perfectly into our family.

Why neuter? I guess the easy answer is because it's the responsible and right thing to do. The ASPCA offers a list of  top 10 reasons for having a pet neutered or spayed.

I really can't add to the ASPCA list other than my wife and I want the best for Bailey -- and while Bailey might argue the point if he could -- we know in the long run  that he'll be healthier and happier.